Surat: Surat city reported 315 new Covid-19 cases on Wednesday which is the highest for the city is the past four months. According to Surat Municipal Corporation (SMC), the highest number of cases were reported from Athwa zone with 87 cases, followed Rander (52) and 31 each in Varachha (A) and Katargam zones.
A 50-year-old woman from Dindoli in Limbayat zone succumbed to the coronavirus on Wednesday taking the death toll due to the virus to 854.
The number of Covid-19 cases are also increasing in Surat district. On Wednesday, 38 new cases were reported taking the total number of cases to 13,447 in the district. Most of the infection in the district has been reported from villages close to urban areas.
With the rapid rise in Covid-19 infections, the bed occupancy in government and private hospitals too has increased. Currently, 46 patients are admitted to New Civil Hospital and 34 in SMC run SMIMER hospital.
“We have witnessed a sharp rise in cases in the Limbayat zone. In just one week, Covid-19 cases have increased 12 times in this zone. In Athwa zone, cases are expected to rise in Vesu, Bhatar, and City Light areas. Positivity is higher among people from the textile industry and those with travel history,” said Banchhanidhi Pani, SMC commissioner in an audio message to the citizens.
“As on Wednesday, 43 ventilator beds are occupied in Covid-19 hospitals. At least 130 patients are on oxygen support. OPD cases at SMIMER hospital has increased many folds. Earlier, OPD cases used to 10 to 15 but now it has increased to over 150 every day,” he added. 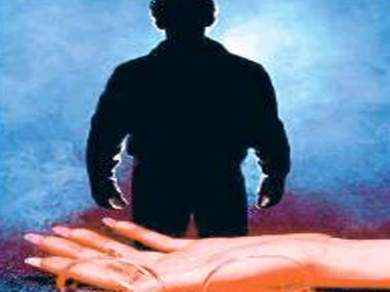 No bed in their backyards, patients risk long travel for treatment | Surat News

Surat: Two siblings killed in sleep as slab collapses on them | Surat News

Army officer loses 3 of family in a month | Surat News

106 die of Cov in Jharkhand, Ranchi on knees with 53 casualties | Ranchi News

Patients’ kin prefer not to wait for 108 ambulances | Surat News

SMC loses another staffer to Covid, total at 32 | Surat News

Gujarat: In current wave, average time in hospital up from six to nine days | Surat News

Have crocodiles made Tapi their homes in Surat? | Surat News

Rift in ruling alliance over lockdown, BJP to back govt | Ranchi News

Hairstylist gets 10 years in jail for rape | Surat News

No crisis of Cov beds in Ramgarh: DC | Ranchi News

Covid screening for all in containment zones | Ranchi News

State govt secretaries are statues, they only listen and not act: HC | Ranchi News

Gujarat: State-run hospital arranges for yagna to get rid of virus | Surat News

Gujarat: Frames of crematorium furnaces melt due to rush of bodies | Surat News

Morgue vans carry many bodies in one trip | Surat News

From night watchman to assistant professor at IIM-Ranchi: The remarkable journey of Ranjith Ramachandran | Ranchi News

Man strangled by his girlfriend’s brothers in Lohardaga | Ranchi News

Sunday closure must for shops, hotels in Valsad | Surat News

Tribal woman thrashed, tonsured for living with another man in Palamu | Ranchi News

No gatherings without admin nod in Steel City | Ranchi News

Apparel thief turns out to be teacher who likes cross-dressing! | Surat News

Govt teachers, those engaged with edu to get vaccinated in 10-day spl drive | Ranchi News

Nodal officer for the vaccination drive in Jharkhand | Ranchi News

Weekly test must in units inside containment zones | Surat News

‘Will form govt in 6 mnths if we win bypoll’

Nitin Gadkari to inaugurate projects worth over Rs 2,000 crore on April 3 | Ranchi News

Amid surge in cases, schools to rethink on offline classes for new session | Ranchi News

In Madhupur, BJP hopes for a rerun of 2009 Tamar bypoll verdict | Ranchi News

Vaccination consignment for people aged 45 and above arrives | Ranchi News

Negative Covid-19 report must for those entering Gujarat | Surat News

No rain on Holi, but cloudy weather on festive eve: IMD | Ranchi News

Only urgent work in Surat court till April 5 | Surat News

Maskless people to have free run in Surat | Surat News

‘Forgive me, I couldn’t do anything for you’ | Surat News

Covid surveillance notched up in Ranchi ahead of festivals | Ranchi News

In 5 days, 1,755 persons penalized for not wearing mask in Ranchi | Ranchi News

Ranchiites warm up to ‘Saturdays No Car’ campaign | Ranchi News

Why should MLAs not be fined for not wearing face masks, questions C P Singh | Ranchi News

Count the number of sparrows around you, Surtis urged | Surat News

You grow through what you go through: Surat’s first patient | Surat News

A year of corona in Gujarat: 51% of Covid dead had no comorbidities! | Surat News

Most pupils to get promoted, no rank, expect results online | Ranchi News

10 of a family, including three women, held from booze party | Surat News

Covid-19: Gardens, parks in Ahmedabad to be closed from Thursday | Surat News

Madhupur bypoll on Apr 17, result on May 2 | Ranchi News

Gujarat: Night curfew in Ahmedabad, Surat, Vadodara and Rajkot from 10pm to 6am till March 31 | Surat News

Potholes decked up with rangolis as mark of protest | Surat News